2020 has been a rough year. Despite its many challenges, I am incredibly proud of everything the Labour Campaign for Human Rights Committee have achieved in 12 months.

Global pandemic aside, it has been a pleasure to reflect on this year - and if you’re reading this, thank YOU for supporting our work.

We began the year with the (physical!) launch of our second Britain and Her Allies briefing – “Britain and Bangladesh” – with a panel event in Parliament featuring Murad Qureshi, Mabrur Ahmed, Dr. Rumana Hashem, Dr. Halima Begum, David Bergman, Rupa Huq MP and Sofia Karim. Our follow up recommendations can be read here.

We also attended a protest outside the Chinese Embassy organised by the Uyghur Solidarity Campaign where our Chair, Matthew Turner, brought a message of solidarity with the Uyghur people and pledged to campaign on their behalf within the Labour Party. Since then, Matthew has joined the Advisory Board of the World Uyghur Congress UK where he helps run the Stop Uyghur Genocide campaign. We recently published a joint briefing with the New Diplomacy Project.

Following a Leadership Hustings in February (yes, this February), and as we all moved to a more remote way of campaigning, we took the opportunity to submit a series of policy recommendations to the NPF:

... and the hugely impressive “Campaign for Social Rights” – which I would really encourage you to read if you haven’t already. The public facing briefing can be found here.

Indeed, our Campaign for Social Rights team have been doing tremendous work all year. In the context of Covid-19, we put out short and long term recommendations on the "Right to Housing" during the pandemic, and co-hosted an event at the virtual Labour Conference this year with the former UN special rapporteur on the right to adequate housing, Leilani Farah, speaking about why we need the right to housing enshrined in UK Law.

The team continued their advocacy on other social rights including on the right to food, an issue of increasing importance today. This has involved engaging with different elements of the PLP, as well as external groups working on food poverty such as Just Fair, Human Rights Watch, and Fans Supporting Food Banks. Just last week, our campaign lead Alex Firth co-authored an article on the Right to Food with our Advisory Group member, Ian Byrne MP, in The Times. We will maintain our focus on housing, food, and other social rights in 2021.

During the height of the pandemic, the wider Committee published a series of articles and briefings including on the increasing rates of domestic violence, the persecution of Uyghur Muslims in Xinjiang, India's Citizenship Amendment Act, China's attack on Hong Kong, the announcement that the Department for International Development was to merge with the FCO, the importance of Black British History Lessons, and the hugely concerning disappearance of Shafiqul Islam Kajol...

Kajol went “missing” on 10th March, the day after being charged with criminal defamation for sharing an article which reported senior politicians were using escorts. We wrote about the case at the time, calling on the UK media not to allow Kajol's story - and the importance of freedom of expression around the world - to become lost in the midst of the Covid-19 pandemic.

In May, 53 days after he went missing, Kajol was “found”, arrested and charged with “illegally entering the country”. We raised Kajol's case in the UK, and arranged for Monorom Polok - Kajol's brave 20-year-old son - to meet with our Advisory Group member, Stephen Kinnock, Shadow Minister of State for Asia, who offered his unconditional support and wrote to the Minister of State for Asia requesting that he raise this case with his counterpart in Bangladesh and stand up for freedom of expression.

In June, I took part in a panel discussion broadcast in Bangladesh to highlight the case - alongside Polok, the South Asia Director of Human Rights Watch, our Board Member and CEO of the Runnymede Trust, Halima Begum, and others. You can watch the recording here. Another member of our Committee, Stephen, wrote a piece on the suppression of Bangladeshi journalists.

Last week, we were absolutely delighted to hear that Kajol had been granted bail - 283 days after his initial disappearance. If all goes smoothly, he should be reunited with his family later this week. Of course, this is by no means the end of his ordeal and we will continue to keep a close eye on the case and communicate with his son.

In October 2020, the Britain and Her Allies team launched our Trade and Human Rights series of briefings, examining Britain's trade with countries around the world and the impact on human rights, both in the UK and overseas.

The third report, 'British Companies and Human Rights', focuses on corporate supply chains, modern slavery and Human Rights Due Diligence (HRDD). We presented this briefing to the Shadow FCO team at the start of this month. This will be made available shortly and we will hold a launch event in the New Year.

The fourth report, 'Arms Sales and Human Rights', will focus on arms sales and military contracts. We will publish this briefing at the start of next year.

On Tuesday 19th January (2021!) we will be holding the “virtual launch” of our second briefing on Trade Deals with Emily Thornberry, Rahima Mahmut (Director of the World Uyghur Congress in the UK) and other speakers - details to follow.

While we still can’t physically meet, this year we we substantially expanded our Committee by establishing two further campaign teams – on Climate Justice and the Human Rights Act. We also have new members in our Communications team and work is firmly underway in all camps. Read all about us here!

By now, we all know that the Human Rights Act is significantly under threat, and this year I am personally proudest of increasing our focus on championing the very Act which is at the heart of our campaign.

Our HRA campaign lead, Aladdin, has written on the human cost of disengaging with the HRA and we strongly condemned the government’s recent Independent Review into the Act. If you missed David Lammy’s piece on why it is so important to continue to make the positive case for the HRA, you can read it here.

Just last month, Matthew Turner and I were delighted to be joined by the renowned human rights academic (and member of our Advisory Group) Professor Francesca Klug to discuss her role in helping to establish the Human Rights Act (1998), the lack of protections that existed before and the overwhelmingly positive impact it has had since.​

Although independent from party politics herself, Francesca played a key role in advising the 1997 Labour government on the implementation and framework of the Act. Our conversation touched on the organisations and individuals calling for the legislation, the Labour Party’s role in establishing the Act, how human rights sit with Labour values and our fears that it is now under attack.

It was a really fascinating discussion at a timely moment, and you can watch it here: 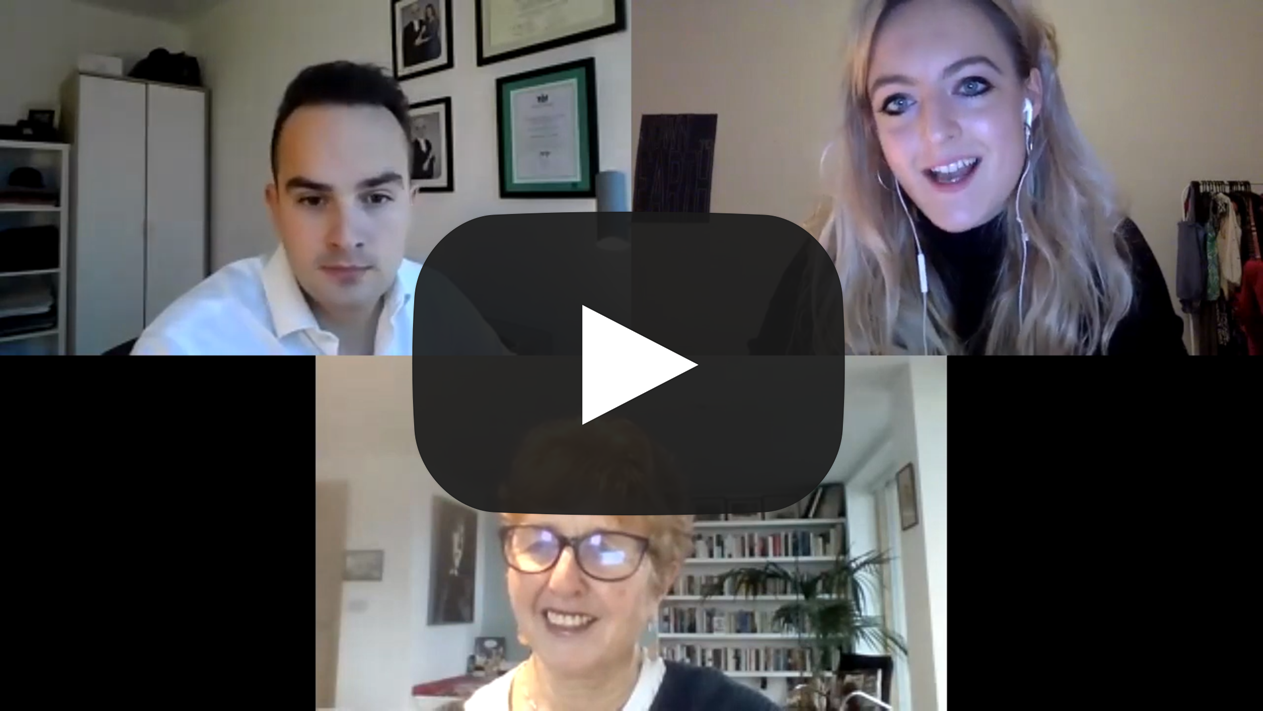 Francesca recommends a series of great resources in the discussion, which we link at the bottom of the description.

On behalf of the LCHR Committee, Merry Christmas and… here’s to 2021! ✨