Britain and her Allies: Britain’s Relationship with Saudi Arabia 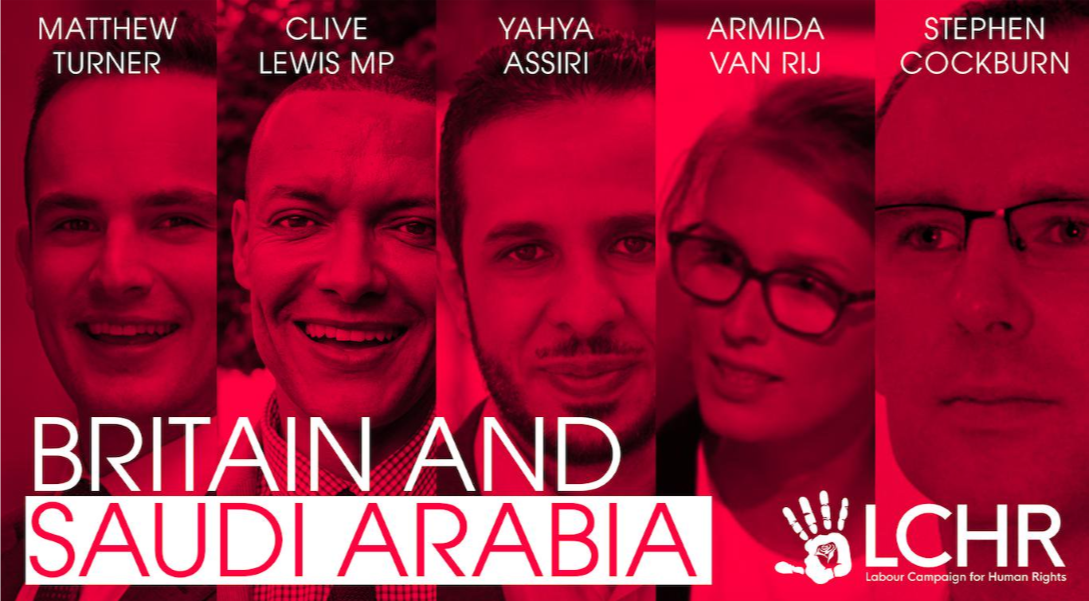 Join us in Parliament for an interactive panel discussion, as we launch the Labour Campaign for Human Rights' first report in our new international human rights campaign - Britain and Her Allies.

Our latest report - Britain and Saudi Arabia - details the extent of Britain’s complicity in, or tolerance of, human rights abuses by the Saudi government in Saudi Arabia, Yemen and across the Middle East. Discussion will be led by Clive Lewis MP and Matthew Turner, Chair of the Labour Campaign for Human Rights. Other guest speakers include Stephen Cockburn (Deputy Director of Global Issues at Amnesty International), Armida van Rij (Research Associate at King's College London) and Yahya Assiri (Saudi activist and founder of ALQST).

The report is the first in our Britain and Her Allies campaign, which examines Britain's relationship with a series of different countries that have poor human rights records, with the aim of helping to develop a human rights-based foreign policy for a Labour government.

You can read the full report here: https://bit.ly/2Sh07u5