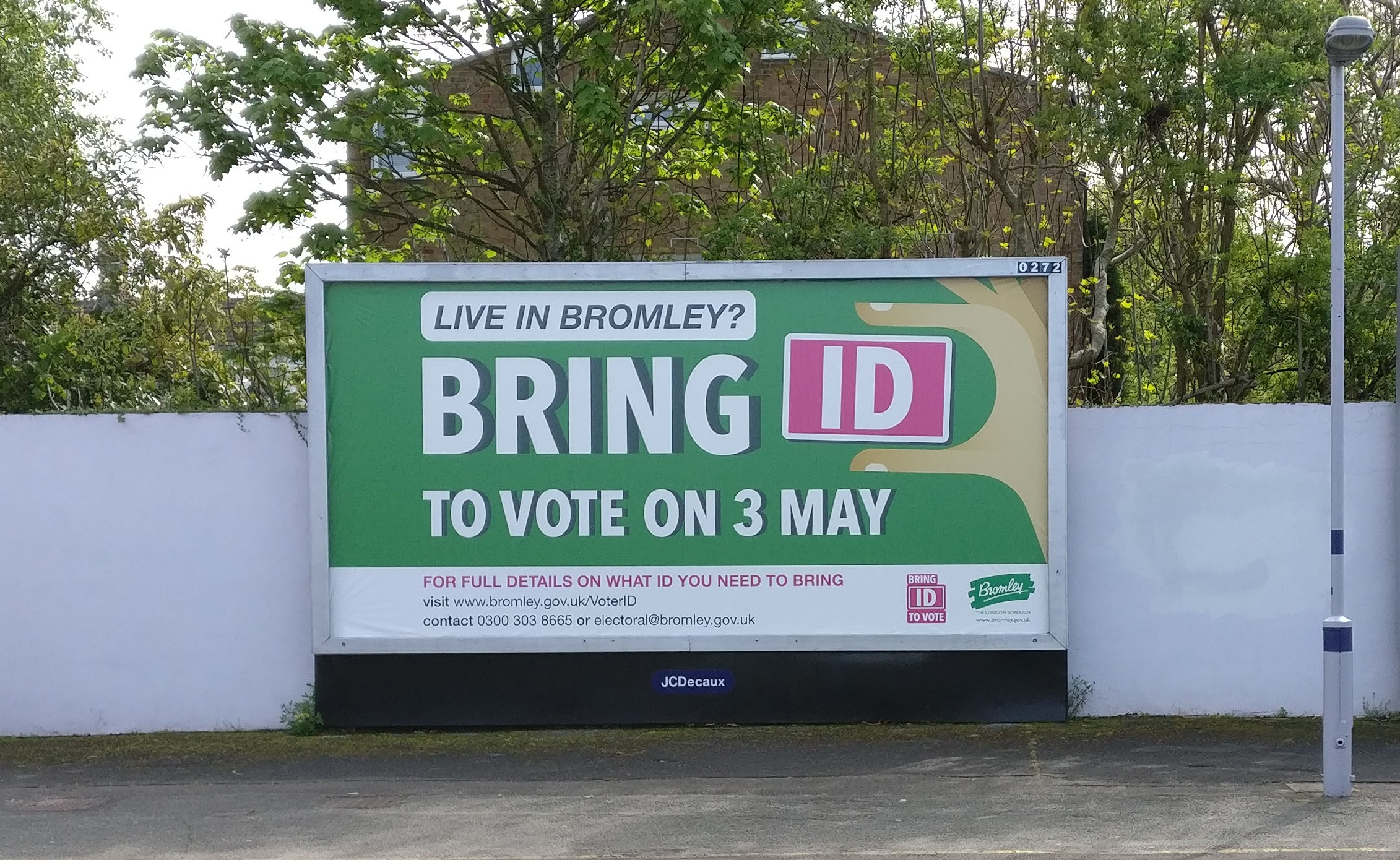 The Government has announced that a pilot scheme will be set up to require voters to produce identification in the polling booth prior to voting. Local councils will decide on what is suitable identification, and if voters do not have the required identification they will not be able to vote. Postal votes will be unaffected.

Four pilot exercises will be conducted in Bromley (Conservative) Watford (Lib Dem), Woking, and Gosport (both Conservative).  After the pilots have been evaluated, a decision by the Government’s Cabinet Office will be taken whether to roll out the practice nationally or not.

It is not clear whether voters have to produce both photographic and non-photographic identification at the same time. No decision has been made about what type of identification is acceptable. The details have still to be worked out. It appears that the Cabinet Office will be involved in the decision-making process as a statutory instrument will be required.

The Electoral Reform Society is opposed to voter ID. 51.4 million votes were cast in 2015. There were 130 allegations of voting fraud and only 26 were for voter impersonation. This represents 0.00005% of the votes cast. The Government is using a sledgehammer to crack a nut.

There are some legal problems with the Government’s approach. The courts can scrutinise decisions made by Government via the process of judicial review. It may be that the courts would strike down this scheme as the decision is disproportionate to the problem it seeks to remedy. Challenges to government decisions in the courts via judicial review are an expensive business, though group funding can be successful.

By virtue of Article 3 of the First protocol in the European Convention of Human Rights, The United Kingdom undertakes to hold free elections. Strasbourg case-law has established that any interference with the implied right to vote must be proportionate. The European Council on Human Rights has a code of practice on electoral matters. Any deprivation of the right to vote must be subject to the principle of proportionality.

If Labour cannot change this policy in Parliament, progressive citizens should band together to fund raise to challenge this restriction on the right to vote in the courts.