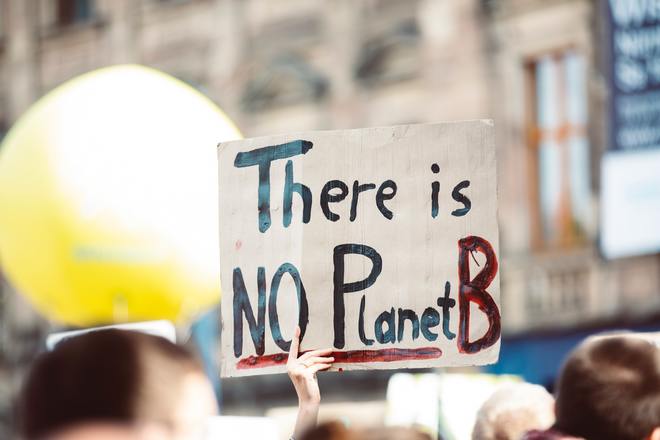 In recent days, the UK government is rightly coming under scrutiny for its chaotic public health response to the coronavirus pandemic.

A Sunday Times investigation last week revealed that Boris Johnson missed five Cobra meetings on coronavirus in January, and with each one, a chance to prepare hospitals and limit loss of life. Now that he is through the worst of the disease himself, the spotlight re-focuses on his government’s multiple failings; whether it be personal protective equipment for health workers, the impact of underfunding the NHS and the calamitous ‘herd immunity’ strategy that was seemingly adopted during the first month of the outbreak.

The critics lament that, unlike the earliest hit countries such as China, Italy and Iran, the UK knew what was on the horizon and chose to downplay the severity and wasted precious time that could have been used mitigating the impact of the virus on the U.K.

Yet compared to the existential crisis facing humanity – the climate emergency – the UK and indeed the global response to coronavirus has been lightning fast. Not only did it take little over two months for one third of the world’s population to be put into some form of lockdown, the economic response has been incomparable to recent times. Just one week after Rishi Sunak’s first budget as Chancellor (itself announcing state investment on a scale unprecedented for a Tory government), the government vowed to pay 80% of worker’s wages, suspended evictions for three months and provide a business bailout to the tune of £350 billion.

Naturally, the exponential growth rate of epidemics means it takes just days for a manageable outbreak with a dozen cases to transform into a crisis infecting and killing thousands. The climate crisis by comparison has been a slow burner, a 50-year journey of gradually increasing carbon emissions and societal awakening at the extent of such emissions and their impacts. But the failure to heed warnings from countries battling coronavirus mirrors government’s denial and delay in taking action to lower emissions.

A trouble past and concerning present

Way back in 1970 Shell and BP funded research in Britain to investigate the impact of greenhouse gas emissions on global temperatures. By 1981, an Exxon Mobil internal memo on the oil company’s 50-year plan revealed that CO2 emissions “will later produce effects which will indeed be catastrophic (at least for a substantial fraction of the Earth’s population)”. Yet it took almost 35 years for world leaders to come together and set a limit on curbing such emissions, and in 2018 the IPCC 1.5 degrees report revealed that we have just twelve years (now less than a decade) to limit global temperature increases to 1.5 degrees celsius above pre-industrial levels to prevent an irreversible climate catastrophe.

Both coronavirus and the climate emergency highlight government’s preferences to deny and delay to mitigate economic disruption, with grave consequences for civil, political, social and economic rights. We are told that coronavirus is the greatest challenge Britain has faced since World War Two, and while the loss of life and economic downturn is extremely concerning, let’s not be fooled about the comparative severity.

The coronavirus is rightly being billed as one of the greatest challenges Britain has faced since the second world war, but it would be unwise to take our eye off the looming, imminent threat. The likelihood of mass starvation; extreme weather events; a financial crisis; a refugee crisis on a scale unprecedented in human history and potential human extinction grows stronger with each year that passes without real action. The wide-sweeping, radical interventions introduced to tackle the coronavirus pandemic can and must be replicated to address the climate emergency in a just and equitable way. We are already seeing with coronavirus how minority groups and the working class are paying the price, economically and with their lives, and a post-coronavirus society must address structural inequalities while reaffirming commitments to public services and decarbonisation, as Labour’s Green New Deal advocates.

The crux of the matter: our future is in our hands

We cannot allow headlines of decreasing emissions, cleaner rivers and reconnection with nature in the wake of coronavirus to assuage our climate anxiety, and simply hope governments will not renege on their ‘whatever it takes’ promise. The postponement of COP26, hailed as our final opportunity to tackle the climate emergency, was buried amidst the swathe of daily announcements. Its cancellation reaffirms the need for unrelenting pressure on governments to address this emergency even though we now know, surer than ever before, that they can solve it if they want to.

Hayden Banks is a Committee Member at the Labour Campaign for Human Rights.