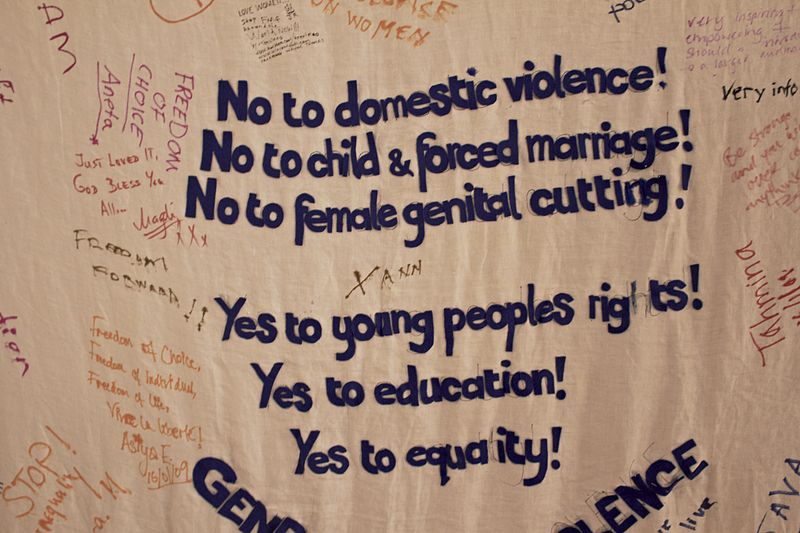 The UK is known as a bastion of human rights throughout the world. However, I sometimes wonder why we have gaping blindspots and fail to protect some of the most vulnerable in our society. There are few people supportive of human rights in the UK that would defend the abuse known as Female Genital Mutilation (FGM). Why is it then that schools are having to be instructed by Michael Gove (and only after pressure from the recent Guardian campaign) to take action in protecting young girls from these life-restricting and life-threatening abuses? Full details on how extreme FGM and it’s consequences can be are available from the World Health Organisation.

Safeguarding procedures have been in place for years but recent Freedom Of Information (FOI) responses have shown that councils, schools, social services and the NHS have rarely utilised such mechanisms. Why are all these well-educated, well-informed, caring professionals failing in what is such an important task?

Having been vocal about FGM for many years, I campaign and make contemporary fine art on the subject, I believe I have an insight into the problem by way of the responses that I have received from certain quarters. One very common response is that it is “part of their culture;” from that I infer the sub text that the people who do it are not like ‘us,’ and therefore do not have to conform to ‘our’ human rights standards. They are free to do what they like to their children with impunity. I find this response one of the most saddening; for me it is racist. My suspicion that racism is at the heart of the problem is strengthened by the fact that very few of the victims are white.

On occasion, I have been criticised as a ‘cultural imperialist’. Detractors claim that I am seeking to impose white, Western cultural norms on people from other cultures (I am a white Westerner). The criticism has come from a wide range of sources; from as far away as Africa to as near as senior people within the UK establishment. My critics suggest that the parents know their culture best and also know what is best for their children. They indicate their belief that to be anti-FGM is equivalent to saying Western culture is superior to others. Nothing could be further from the truth. Patriarchal values are largely universal across most ‘cultures’, and I cannot think of any country that defends girls and women from gender-based violence successfully. Indeed, the UK is considered the FGM capital of Europe and we have considerable problems of rape, domestic violence and other issues. No – violence against women is so ‘normalised’ that cultural excuses are always made for it and the West is no better than anywhere else; “she was asking for it.” “she provoked him,” “a man does not like to be nagged.” Patriarchy can only exist if women are controlled and kept down and FGM is just one, very extreme, form of control.

The purpose of FGM is to remove the girl’s interest in sex for the rest of her life and thereby make her an amenable, marriageable commodity. The result is far more profound than that. It teaches the little girl that even the integrity of her body is at the disposal of her community’s ‘culture’ and that she is powerless to resist. What better way to teach a child that she is worthless and that she must take her place at the very bottom of the cultural hierarchy?

One of the scariest things about FGM is that this extreme form of abuse is done to girls within the context of the family and therefore little is being done by the Government to actively defend the girls. The removal of, or permanent damage to, external genitalia is something that has been done to boys and men in war zones as a form of punishment and torture, and it is rightly considered a war crime. I can only concude that our collective inaction to protect 65,000 British girls (most recent estimate from ‘An unpunished crime,’ Julie Bindel, published by the New Culture Forum) is one of the most malignant signs that sexism is alive and well in the UK.

Human rights should be defended for every person on the planet and the UK, in particular, should set a good example. The suggestion that somehow children are exempted from legal protection because they ‘belong’ to their parents is abhorrent to me. Parents and communities are an important part of caring for, protecting and making decisions for their children but the state also has responsibilities to protect children and uphold their human rights.

So, am I against the very worst excesses of patriarchal domination of women by ‘cultural’ means? Of course I am. Is this imperialist? No. I am simply upholding the basic human rights that most of the world is signed up to. To quote the Universal Declaration of Human Rights:

“All human beings are born free and equal in dignity and rights.”
“No one shall be subjected to torture or to cruel, inhuman or degrading treatment or punishment.”
“All are equal before the law and are entitled without any discrimination to equal protection of the law.”

Please support my e-petition at http://epetitions.direct.gov.uk/petitions/57666.

Further details can be found at www.actiononfgm.com

The views expressed in this article are the author’s own and do not necessarily reflect the views of Labour Campaign for Human Rights.

If you have an idea for a guest blog, please get in touch with Charlie Yaxley at [email protected]