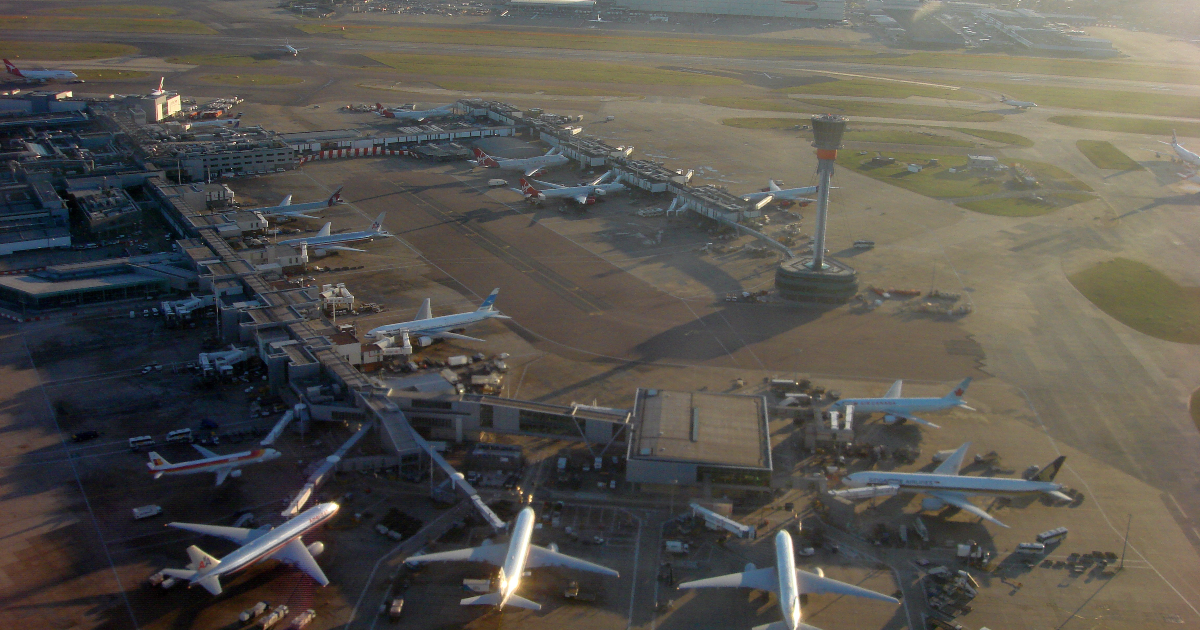 Today, the Supreme Court has published its judgement on Heathrow expansion. It has decided to overturn a decision made by the Court of Appeal earlier this year, meaning that the decision to expand Heathrow Airport is now considered a “lawful” act.

The Labour Campaign for Human Rights strongly condemns this decision in the face of the climate crisis and urges Labour MPs to hold the government to account over its climate obligations. Airport expansion is not compatible with our commitments under the Paris Climate Agreement and is a dangerous project that poses a serious threat to human rights.

In June 2018, Chris Grayling took the decision to approve expansion of Heathrow Airport. We now know that he assessed the climate impact of the project against the historic temperature limit of 2˚C warming, as opposed to the 1.5˚C temperature goal in the Paris Climate Agreement. The Court of Appeal ruled that Chris Grayling should have relied on the temperature limit in the Paris Climate Agreement and ruled his decision unlawful. At the time, Boris Johnson informed Parliament that he would accept the ruling to abide by our obligations under the Paris Agreement.

Despite the original decision being overturned today and the judge ruling Grayling’s decision was lawful, Labour must push the Prime Minister not to go ahead with the expansion as a grave violation of our obligations under the Paris Agreement and global human rights.

According to the Government’s own figures, Heathrow expansion would mean 40 million tonnes of CO2 by 2050, just from UK aviation. The £14bn third runway could be built by 2028 and would bring 700 more planes per day and the corresponding dangerous rise in carbon emissions.

“I will lie down in front of those bulldozers and stop the construction of that third runway” – Boris Johnson, Prime Minister of the United Kingdom

When he was Mayor of London, Boris Johnson promised Londoners that airport expansion as Heathrow would be impossible in because of the legal challenges, environmental costs and the offence to human rights. “It is just not going to happen,” he said.

Last week, Boris Johnson gave a speech at the 2020 Climate Ambition Summit in which he committed to reducing carbon emissions by 68% on 1990 levels by 2030. Even this unambitious target would be impossible to achieve if airport expansion was to go ahead.

Next year, the UK is hosting the UN Conference of Climate Change, COP26. It would be a disaster to approve such a dangerous project before such an important conference, demonstrating sheer hypocrisy and seriously undermining our ability to lead global action to keep global temperature rises to 1.5 degrees and prevent catastrophic warming which is a threat to all our human rights.

We are now in the midst of a climate and ecological emergency, with aviation a key contribution to rising emissions.

Professor Kevin Anderson notes: “The scale of anticipated aviation emissions is such that this single sector will consume around one third of the UK’s Paris-compliant carbon budget, putting still further mitigation pressures on schools, hospitals and businesses to compensate for this privileged sector.

The Labour Party must condemn and oppose today’s judgment on Heathrow expansion. The party should press on in advocating for its ambitious 2019 Socialist Green New Deal, passed at party conference, in order to ensure the UK reaches a Paris-compliant ‘real-zero’ by 2035 at the latest. All domestic flights need to end immediately, private jets should be banned, and a frequent flyer tax should be implemented to ease the transition. These measures are necessary and proportionate to address the scale of the crisis and safeguard human rights now and in the future.

Sam Knights is a member of the Climate Justice campaign for the Labour Campaign for Human Rights.