Indian Workers' Voices are under Threat. We Need the International Community to Listen 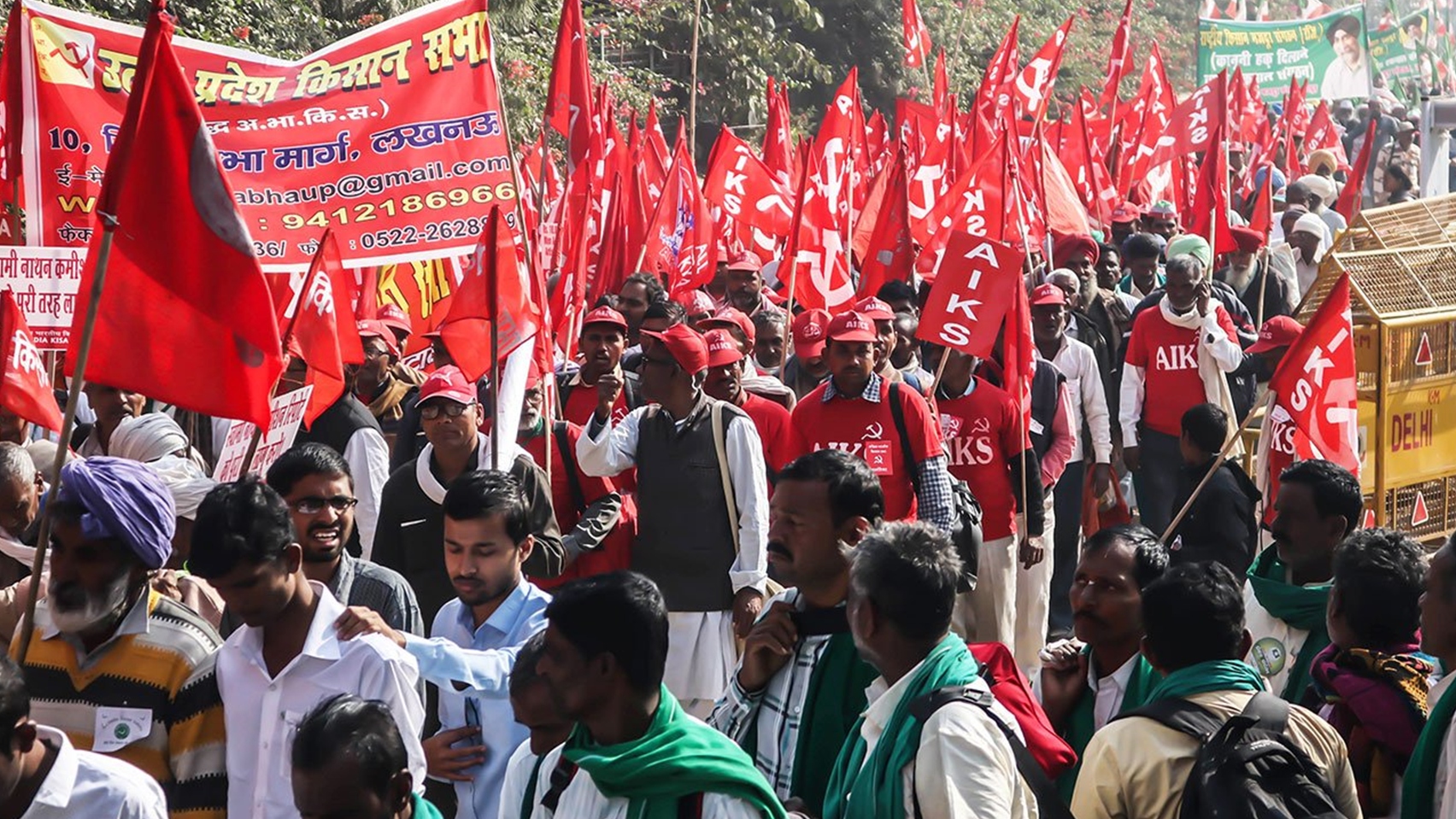 For the last 9 months India’s farmer unions and their representatives have been protesting against three acts passed by the Parliament of India in September 2020. The protests, which began mostly in the state of Punjab in July 2020, have evolved into one of the largest nationwide strikes India has ever seen. The three acts that the demonstrations oppose include the Essential Commodities (Amendment) Act, the Farmers (Empowerment and Protection) Agreement on Price Assurance and the Farm Services Act, and the Farmers' Produce Trade and Commerce (Promotion and Facilitation) Act.

The demands of the protestors are that these three acts be repealed, the protestors have stated that they will not accept anything short of these demands. Representatives from the farmers unions have rejected a stay order from India’s Supreme Court and have also rejected a proposal by the Government of India to pause the implementation of the three Acts, maintaining their stance of not accepting anything short of their demands. In total, nine rounds of negotiations have taken place between the farmers union representatives and the federal government from October to now, each of which have not been successful in resolving the dispute.

Though the protests started last summer, the origins of this issue began in 2017 when the Indian Government passed several Model Farming Acts. In the years following the passing of these laws, it was found that a number of the reforms were not being implemented at the state level. In 2019 and 2020 the Indian government and the Chief Ministers of several Indian states reviewed what measures could be

taken to ensure that the reforms were carried out. Then last year, the Indian government introduced the aforementioned three laws concerning the sale of agricultural produce, contract farming and agricultural marketing among other areas concerning India’s agricultural sector, of which 41% of India’s workforce inhabits.

The acts implement the following reforms:

The protests themselves have become an avenue for further infringements on citizens human rights as the state has implemented many authoritarian measures to respond to the protests. It is important to note that the Constitution of India provides its citizens with the rights to freedom of speech, movement, expression, peaceful assembly and the right to form associations and unions, under Article 19(1) (a), (b), (c) and (d).

The government has arrested and charged journalists covering the protests, suspended mobile internet services in areas around the capital to target protestors, pressured social media companies to remove commentary on the protests and has detained opposition leaders. Michele Bachelet, the United Nations Human Rights Commissioner recently addressed the farmers’ protests, sedition charges against journalists and the curbing of social media in an update to the Human Rights Council on 27 February. It is imperative that the Labour Party speaks out on the human rights abuses that have been exhibited in response to the farmers protests as well as the other infringements of human rights in India at the moment, such as Freedom of Association.

Indian authorities should release activists and others already jailed or facing criminal charges for covering the farmers protests. Furthermore, Indian citizens’ right to protest should be upheld and the Indian Government should ensure that there is a dialogue between itself and the unions representatives in the pursuit of an equitable solution to this crisis, that respects the rights of all.

We believe that all Labour MPs should be forthcoming in condemning these aggressive actions by the Indian state in response to these protests, as we know that history does not look kindly on those who remain silent.