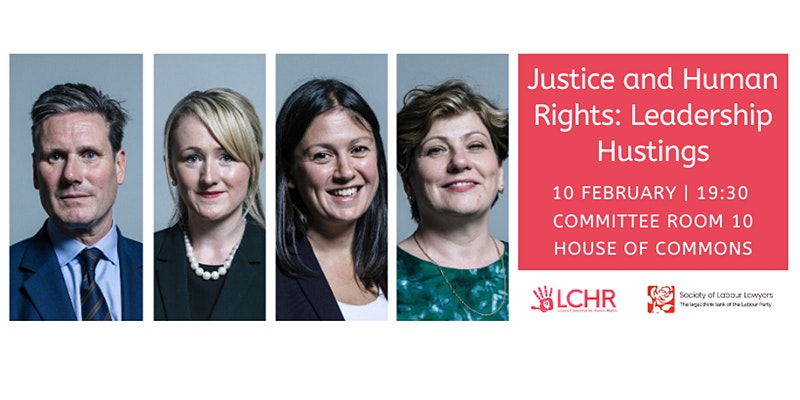 The Justice and Human Rights Leadership Hustings, hosted by the Labour Campaign for Human Rights (LCHR) and the Society of Labour Lawyers (SLL), will take place on Monday 10th February at 7.30pm in Parliament.

Whilst none of the candidates are able to attend, we are very pleased to say that they are all sending impressive MPs to represent them at the hustings:

The hustings will focus on the following issues:

We would also like to focus on diversity in law, the casualisation of the legal workforce and the wellbeing of lawyers.

We believe that these are hugely important issues for the next Labour Leader to address and that Party members should have a clear idea of where each candidate stands on them.