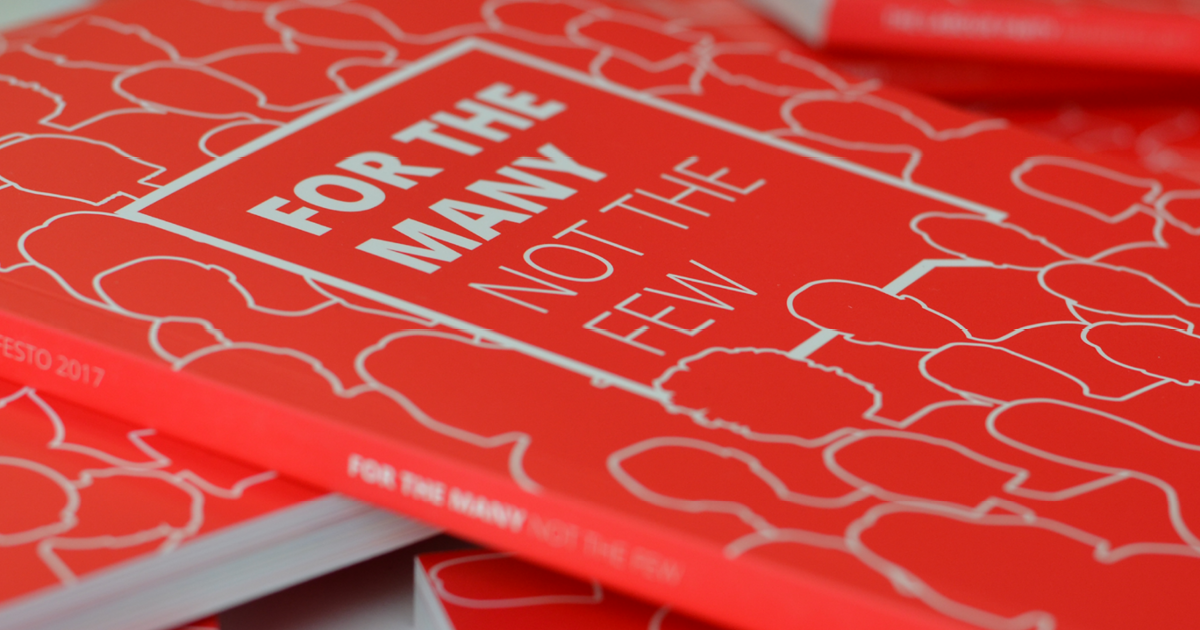 At the beginning of the month, LCHR put forward our top 15 human rights priorities for the 2017 election manifesto, spanning Brexit and foreign affairs, immigration and asylum, human rights in counter-terrorism, legal protections, workers’ rights, and civil society & trade unions. Now, as the dust begins to settle from the launch of Labour’s keenly awaited official election manifesto, it’s time to comb over the pledges, promises and policies proposed and see how it measures up.

In an election decidedly overcast by the heavy clouds of approaching Brexit negotiations, the manifesto understandably wastes no time in promising to alleviate the insecurities felt by individuals whose homes, livelihoods and human rights are left most vulnerable. Specifically addressed is the right of EU nationals to remain in the UK, a promise heavily seasoned with thinly veiled criticism of the prime minister’s attempts to flaunt the human rights of EU nationals over the heads of Brussels officials.

Also emphasised is a commitment to safeguard hard fought employment and equality rights and protections during and after Brexit, and a promise that trade unions, businesses and stakeholders will be closely involved in processes to ensure that there is no rolling back or falling behind the times in terms of the advancements on workers’ rights made in recent years.

Unnamed however is a commitment to avoiding the use of Henry VIII powers, which would allow for largely unscrutinised changes to EU law using delegated or secondary legislation. That said, Labour has made numerous commitments not to use these powers in the past.

Giving human rights parity with strategic and commercial interests in foreign policy is a priority that LCHR has long advanced. Under a Conservative government, relations have been deepened with many human rights abusers notably Bahrain, Israel, Saudi Arabia, Uzbekistan, and Turkey.

Labour’s manifesto focuses on advancing peaceful solutions and reinvigorating international institutions. Importantly, it pledges to suspend arms exports to Saudi Arabia until a UN-led investigation has reported on alleged violations of international law.

Playing the numbers game with rates of immigration and asylum is wholly unacceptable. Reducing a myriad of individuals, each with complex lives, motivations and traumas, into sound bite statistics which are unlikely to be met is thankfully, a strategy that Labour has refrained from pursuing. Though the specifics of an immigration system under Labour is not fully disclosed within the manifesto, there is a clear acknowledgement that “bogus immigration targets” will not be tolerated. Instead, the party promises the creation of “fair rules and reasonable management of migration”. Though for many, in the wake of assurances from both major parties that freedom of movement will end when we leave the European Union, this lack of clarity surrounding the specific form a new migration system could take, may cause some concern.

Most encouraging of all is the farewell Labour is keen to say to the controversial spousal income threshold of £18,600, a policy instrumentally separating families by stopping thousands of citizens from bringing their foreign partners to the UK.

Finally, the manifesto commits to ending the immoral and draconian practice of indefinite detention of asylum seekers.

In addressing calls for a “humane refugee and asylum system”, the manifesto alludes to the sort of action required to improve the treatment of refugees and asylum seekers in this country. The pledge to “take our fair share of refugees” evokes the comforting image of a good first start. However, with scant reference to the egregious conditions forced upon refugees entering the UK, a sharp eye will need to remain on the evolution of such promises to ensure that aid and compassion for refugees and asylum seeks is not simply ‘left at the door’.

Staunchly advocated by LCHR and therefore warmly welcomed within the manifesto, is a review of the Prevent program, a strategy aimed at thwarting extremism but which has in reality succeeded only in further alienating and excluding minorities from our society.

However, in order to properly strengthen a commitment to end discriminatory security and surveillance measures, more thought must be directed at the extent to which “providing our security agencies with the resources and the powers they need to protect our country and keep us all safe”, as promised in the manifesto, risks surveillance without suspicion which often unfairly penalises ethnic and religious minorities.

Nestled in the fray of concerns surrounding the UK’s exit from the European Union was Tory support for abandoning the Human Rights Act and the European Convention on Human Rights, a move that would reverse a long history of positive evolution in legal protections of human rights. Labour’s manifesto is unhindered in its ardent support of both protective frameworks, a position now suddenly mirrored in the recently published Conservative manifesto, which officially ruled out repealing or replacing the Human Rights Act "while the process of Brexit is under way”.

Furthermore, in many ways, the official Labour manifesto has gone further than its leaked predecessor. In the draft, it was merely stated that the party would “consider recommendations” to reinstate legal aid. However, a change in the language of the final draft states that the party “will consider the reinstatement of other legal aid entitlements after receiving the final recommendations of the Access to Justice Commission led by Lord Bach”, as well as fully reviewing the legal aid means tests, including the capital test for those on income-related benefits.

There is a strong commitment to workers’ rights present in a myriad of the policies proposed, with promises to “reverse the unfair employment tribunal fees which literally price people out of justice”, also accompanied by a pledge to end the use of zero hours contracts. This is an important step in the direction of properly regulating the growing ‘gig economy’.

Finally, through promises to repeal both the Lobbying Act and Trade Union Act, we can see a strong desire to unpick the problems caused by misguided legislation advanced by the previous government, and sew back together a far more liberated and united civil society.

Overall, we at the Labour Campaign for Human Rights are very pleased with the manifesto. While the section on security and counter-terrorism didn’t include a commitment to address Britain’s illiberal mass surveillance regime, and while not all will be satisfied with the commitments on immigration and asylum, there’s plenty here for human rights activists to feel good about. We give the manifesto an A-, a big improvement on the C+ we gave to its predecessor in 2015.