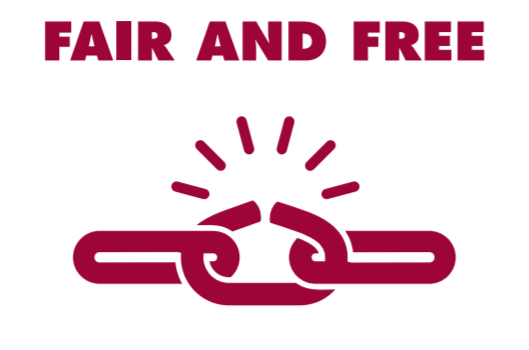 We're delighted to announce the launch of our new pamphlet on Labour, liberty and human rights published by the Fabian Society and supported by the Joseph Rowntree Reform Trust. Fair and Free includes essays by MPs, academics and human rights experts setting out a fresh vision of human rights and liberty.

With an introduction by shadow attorney general Shami Chakrabarti, the collection initiates a new debate on how to safeguard our freedoms in this era of uncertainty and polarisation.

In her contribution, Lisa Nandy MP argues that in future the role of governments must be to facilitate shared decision-making, not simply make those decisions themselves. “Without this, more complete democracy, the concept of democracy will continue to be contested and freedom will remain, as Janis Joplin once said, another word for nothing left to lose,” she writes. “Now that we have seen the disastrous political consequences that despair breeds, it would be criminal not to take heed.”

Shadow policing minister Louise Haigh MP argues against ‘mission creep’ on internet liberties, encryption and moves around facial recognition software. “Just as we hold the police accountable in their use of force, so must we do so in their use of data and any violation of our privacy,” she writes. “To do otherwise questions their legitimacy, which must absolutely be sustained as without it, we fail the fundamental test of the British model of policing – the ability to police by consent.”

Robert Sharp, head of campaigns at English Pen, argues for stronger support for free speech and human rights at home and abroad. “Post-Brexit, the UK will be making dozens of new trade deals and will take on full responsibility for declaring what can be exported where,” he writes. “A Labour government can ensure that those trade deals are tied to support for free speech and human rights. Such a foreign policy will benefit everyone. But to make it work we need to get our own house in order first.”

Andrew Fagan, director of academic studies at the University of Essex’s Human Rights Centre, calls for economic and social rights to be put at the centre of the human rights debate. “Economic and social entitlements are not discretionary human rights. Thinking of oneself as a bearer of fundamental human rights is inherently empowering and fundamentally alters the terms of the social contract between the powerful and the powerless. From the perspective of human rights, the poor and the marginalised are not the ‘losers’ they are sometimes portrayed as, but human beings whose fundamental rights are being violated.”

We hope you enjoy the pamphlet!