LCHR: Introducing ‘Britain and Her Allies’ 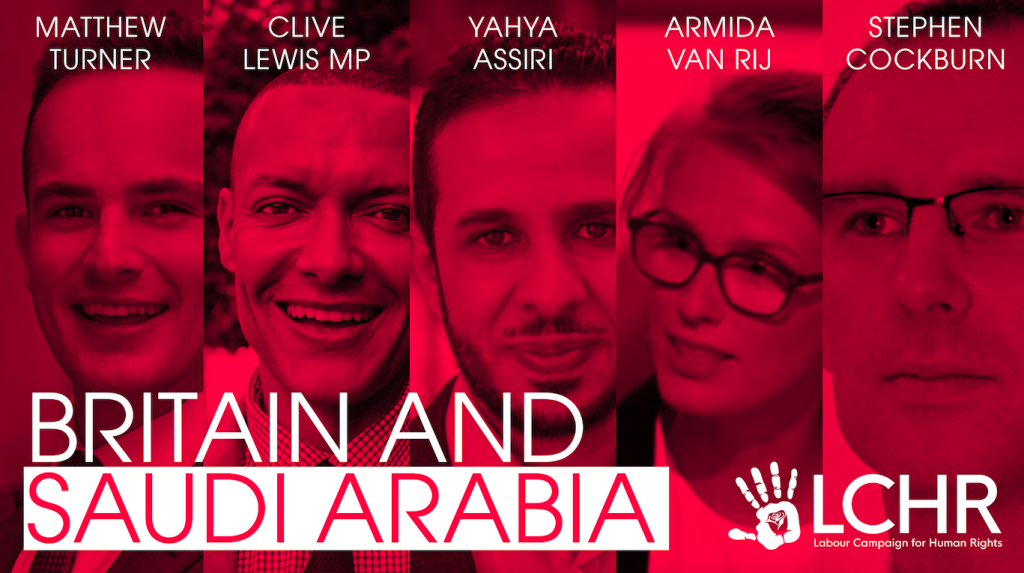 Last year was an important one for human rights. We saw the 20th anniversary of the Human Rights Act, and the 70th anniversary of the Universal Declaration of Human Rights. These documents not only form the basis of human rights laws in the UK, which guarantee freedom from persecution, violence and oppression, but are essential components of our democracy. The Human Rights Act protects the fundamental rights of all British citizens – ranging from freedom of speech to freedom from torture – and is one of Labour’s proudest achievements.

Yet as we celebrate these two landmark documents, the contrast between the values they promote and the current state of global politics is stark. In the last year, we have seen the rise of the populist far right across Europe, espousing words of hate and anti-immigrant sentiment. In Bangladesh, the ruling party tightened its grip over the country, following an election marred with allegations of vote rigging, intimidation and violence. Brazil elected an extreme right-wing President with autocratic tendencies, who idolises the country’s former military dictatorship and has repeatedly used bigoted rhetoric against women, minorities and LGBT groups. The terrible murder of Jamal Khashoggi shocked the world, and Nazanin Zaghari-Ratcliffe remains imprisoned in Iran.

In most cases, the British government remained silent and – where it was willing to speak out – took little action. In November, the Universal Rights Group (URG) published a report examining the role of national parliaments in upholding human rights, concluding that although the executive branch of government remains the main body to propose and negotiate international human rights instruments, parliaments hold an important role in the domestic implementation of international human rights obligations and commitments.

At the Labour Campaign for Human Rights (LCHR), we believe that human rights are core Labour values. Our mission is to keep human rights at the heart of Labour Party policy and practice – and in parliament – and we want to be a platform for discussion and debate within the party. Our new committee, led by our chair and executive director Matthew Turner, is deeply committed to this vision, and wants to ensure that human rights are considered whenever policies are being developed by the party.

Our new campaign – Britain and Her Allies – seeks to develop a human rights-based foreign policy. Looking at Britain’s relationship with a series of different countries with which the UK has close economic, diplomatic or historical ties and where there are serious human rights abuses, we want to raise awareness of these abuses and highlight instances of complicity or apathy by the British government. We have started with Britain’s relationship with the Kingdom of Saudi Arabia and our first briefing – Britain and Saudi Arabia – has just been completed and is available on our website. It makes for a sobering read.

The briefing is split into three parts. First, it looks at the history and context of UK-Saudi relations, including the arms trade, military co-operation, trade and investment. Second, it highlights the many horrific examples of human rights abuses carried out in Saudi Arabia, from court-ordered beheadings and floggings to the total repression of free speech, and severe violence against Shia minorities and women, including the imprisonment of female activists. Third, it considers Saudi Arabia’s relations with other countries, in particular its extreme aggression in the Middle East. This includes a detailed account of the war in Yemen.

The briefing concludes with several policy recommendations. At the heart of these is the arms trade between the two countries. Saudi Arabia is the UK’s biggest customer of arms, accounting for around 50% of total arms exports, and the government’s position of continued sales is increasingly at odds with the rest of the world. Since the start of the war in Yemen – and in the wake of the murder of Jamal Khashoggi – many European countries including Norway, Sweden, Finland, Spain and Germany have all suspended or terminated their arms agreements with Saudi Arabia. We are calling on the government to follow suit, and to take further action to end the growing humanitarian disaster in Yemen.

The official launch of our Saudi Arabia briefing will take place on the 25th February at 7pm in parliament. We will have a panel of speakers, including Matthew Turner; Clive Lewis MP, a member of our advisory group; Stephen Cockburn of Amnesty International; Armida van Rij of King’s College London; and Yahya Assiri, a Saudi human rights activist and founder of the Saudi human rights organisation ALQST. The event will be open to all and we are keen to have an interactive debate and hear from a range of views. You can find more details and sign-up here. To keep up to date with our work, please sign up to our mailing list, follow us on Twitter (@LabourCHR), or find us on Facebook. We would love to see you there.