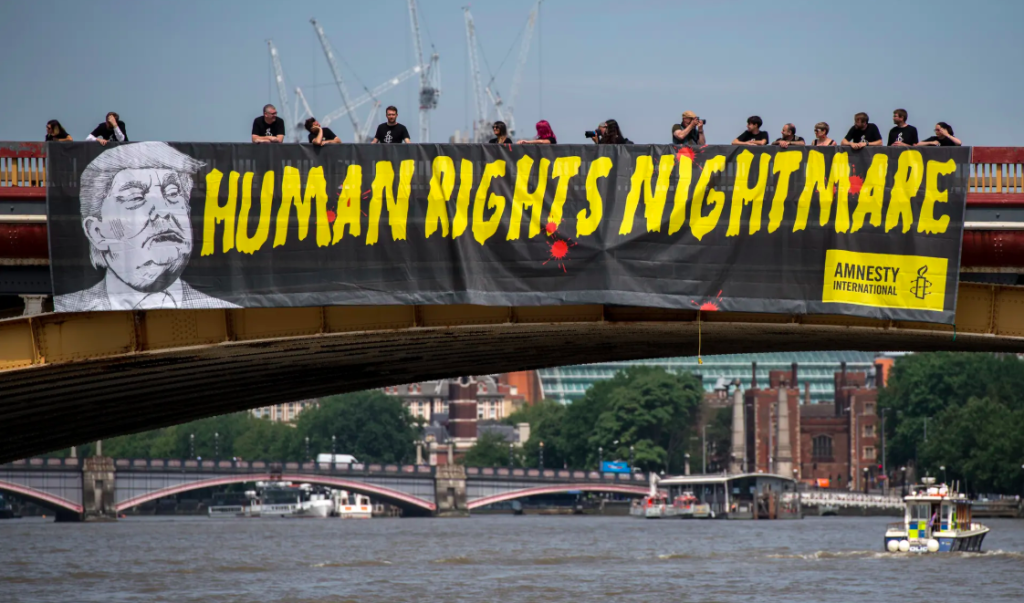 This article was co-authored by Sadiq Khan, Mayor of London, and Matthew Turner, Chair of the Labour Campaign for Human Rights, and originally published in The Guardian on 10 December 2018.

Exactly 70 years ago, 48 members of the UN general assembly voted in favour of the Universal Declaration of Human Rights. Support was not unanimous. Drafting was not without controversy or disagreement. But the result was a major victory for humanity. The declaration rightly stands as a beacon of hope to people everywhere, and is the most translated document in the world, available in 370 languages. It forms the basis of human rights laws across Europe – including the European convention on human rights and the EU charter of fundamental rights – that have allowed millions of people to enforce their rights through the courts.

Human rights do not just guarantee freedom from persecution, violence and oppression. They also provide a route to a better way of life – as rights to good health, education and democratic participation are enshrined in law. They are the bedrock of the good society. The 1948 UN Declaration of Human Rights serves as the marker of a critical victory in the story of the human rights movements. But it is important to reflect on what came before as well as the future.

Prior to 1948, the lack of a binding international framework to protect the rights of individual people and distinct groups was laid bare by the atrocities of the second world war. Following the war, the allied nations responded to the horrors of the Holocaust by introducing new concepts of “crimes against peace” and “crimes against humanity” – concepts enshrined in the UN declaration just two years later.

It is easy to feel like such atrocities could never be carried out on that scale in Europe again – but the warnings from history are stark. Over the last decade, countries that were once havens for migrants have turned into hostile environments, and foreigners have become a regular scapegoat for societal problems. Even refugees fleeing war and violence have been faced with abuse and discrimination. Minority groups of all kinds, for whom human rights protection has been particularly critical, are now under renewed threat. Divisive and discriminatory rhetoric is on the rise, and extremist, populist political parties are infiltrating the mainstream across the western world at a scale not seen for many years. And just as in history, divisive rhetoric, if left unchallenged, can lead to the erosion of human rights. Hungary and Poland, to take just two examples, have been aggressively limiting press freedom, undermining judicial independence, and curtailing civil liberties.

And across the globe atrocities against distinct groups have continued, from crimes against the Rohingya in Myanmar, to Christians and Yazidis in Iraq and Syria, and Darfuris in Sudan. The need for a strong and active global human rights movement is as great as it ever has been. Shamefully, as the government in Britain has been increasingly distracted and derailed by Brexit, it has played a diminished role on the world stage. It took the murder of a journalist on foreign soil for the UK to finally challenge Saudi Arabia by proposing a UN resolution to stop the war in Yemen. It is hard not to conclude that under this government our global leadership on human rights, stretching from Magna Carta through to the European convention on human rights, is on the wane.

This government’s botched approach to Brexit also raises fundamental questions about the kind of nation we want to be in a way few other political issues can. Through our membership of the European Union, Britain has historically played a leading role in strengthening human rights across the continent: by upholding the values of liberal democracy and the rule of law across member states, and in the wider world, too, through advocacy in partnership with our European neighbours. Under the terms of the government’s bad deal – or worse still, no deal – Britain would lose its significant ability to help ensure the maintenance of high standards on human rights throughout Europe.

We must all step up to provide stronger leadership on human rights. Britain needs to be a beacon of respect for human rights, and use its moral leadership to put pressure on others. It is essential for freedom, justice and peace in the world. London stands proud as the capital of a nation where differences among people are not only tolerated, but respected and celebrated.

It was Nelson Mandela who said that “to deny people their human rights is to challenge their very humanity”. Like Mandela’s freedom, the global consensus on human rights was not reached without setbacks and struggle. And that consensus is under extreme challenge today. Human progress and human rights never come for free. They must always be campaigned for, argued and legislated for. So as we celebrate 70 years since the UN general assembly’s declaration of human rights, we must commit to taking up the baton and continuing the fight for human rights all over the globe.

LCHR will be raising a glass to the UDofHR this evening (Monday 10th December) at The Admiralty (66 Trafalgar Square) from 6pm- all welcome! https://www.eventbrite.co.uk/e/celebrating-70-years-of-human-rights-with-lchr-tickets-52968483159