Britain has overlooked Saudi Arabia’s transgressions for too long 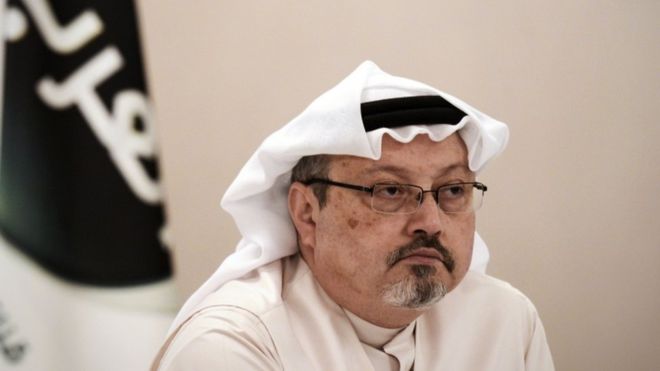 An abridged version of this article was co-authored by Clive Lewis MP and Matthew Turner, Chair of the Labour Campaign for Human Rights, and originally published in The Times on 1 November 2018.

Saudi Arabia’s crown prince must restore dignity to his country — by ending Yemen’s cruel war. This was the title of one of Jamal Khashoggi’s final articles for the Washington Post before he died. He called for an end to the war in Yemen, not even on humanitarian grounds, but because it has been a political failure. It was this type of criticism for which, according to the Turkish authorities, he was strapped down to a table in the Saudi embassy and cut to pieces with a bone saw while he was still alive. The criticism was mild and legitimate. If the reports are true, the Saudi government has responded with an act of sickening barbarism that has deeply shocked the world.

The story has been at the centre of the media cycle for weeks and isn’t going away. There are four main reasons why. First, Jamal Khashoggi was a journalist. He was not an opposition leader or dissident, and was in many ways part of the Saudi establishment (his grandfather was the personal doctor of Ibn Saud, the country’s first king and founder). He posed no serious threat to the regime, and it is doubtful his writings had a large domestic readership – Saudi Arabia has no independent media, and ranks 169th out of 180 countries for press freedom.

Second, the pure horror of it. Mr Khashoggi went to the embassy to obtain a document verifying that he had divorced his ex-wife. He kissed his new fiancee goodbye and said he wouldn’t be too long – she waited outside for over 10 hours, and then came back the next morning when he had still not reappeared. We have since been told that inside the embassy a 15-strong hit squad interrogated, tortured and killed him. One of the group, a forensic pathologist and head of the Saudi Scientific Council of Forensics, apparently encouraged others to put on headphones and listen to music while they cut his body into pieces.

Third, the act took place on foreign soil. Both legal and extrajudicial killings are common in Saudi Arabia. It is one of the world’s most prolific users of the death penalty, and still holds public executions (one of Riyadh’s landmarks is the infamous ‘Chop Chop Square’). There were 48 beheadings in four months in 2018 and, according to Amnesty, over half of all executions have been for non-violent crimes (including for adultery, apostasy and witchcraft). However, the targeted assassination of a journalist on foreign soil is unprecedented and the Turkish government is rightly outraged. Whilst the embassy might technically be part of Saudi Arabia, this was a shattering break from diplomatic norms.

Finally, the act has been the ‘final straw’ for many in the international community. Since being elevated to Crown Prince in 2017, Mohammed Bin Salman has acted as a belligerent bully in the Middle East and beyond. He has waged a bloody war in Yemen and, along with the Iranian-backed Houthi rebels, caused the greatest humanitarian crisis of the 21st century (and now the world’s worst famine in 100 years). He led the embargo of Qatar, kidnapped the Lebanese Prime Minister and forced him to resign on national television, and obliterated relations with Canada when a minister tweeted about Saudi Arabia’s human rights abuses. This might be the straw that broke the camel’s back.

The Labour Party has called for action against Saudi Arabia in the past so why has our government been so reluctant to speak up? An obvious reason is the arms trade. Britain sold £1.5bn in arms in 2017 and, astonishingly, £1.13bn of that went to Saudi Arabia. We are a major supplier of bombs, missiles, and fighter jets, which support a booming business at home, but arm a terrible civil war on foreign soil. In addition, for the last three years the government has been trying desperately to get Saudi Aramco, the national oil company, listed on the London Stock Exchange rather than in New York. The LSE’s Chief Executive accompanied Theresa May on her ‘charm offensive’ trip to Saudi Arabia in 2017, and the Financial Conduct Authority even changed its rules to allow foreign state-owned companies to be listed on the LSE’s ‘premium category’- which was widely seen as a direct move to make London more attractive to Aramco. And behind the scenes the Saudi regime has spent vast amounts of money on lobbying our government.

This year Saudi Arabia tripled its spending on individual MPs to £100,000, including a host of lavish trips to the country. Since 2010, 44 Tory MPs have been on trips worth £270,000. In each case the government has simply put money before principles. But a Labour government would not stay silent. Emily Thornberry would not have waited seven days from Mr Khashoggi’s disappearance to send a meek tweet to say that the government would be “treating the incident seriously”. In fact, Emily tabled a motion to withdraw support from the Saudi coalition in Yemen over two years ago in 2016. The Tories voted it down.

Labour is committed to a human-rights based foreign policy, where principles come before petrodollars and blood money. And we at the Labour Campaign for Human Rights will continue to ensure that human rights remain at the heart of Labour party policy. Now is the time for the government to act, and condemning the murder of Mr Khashoggi should only be the start. Our response has to be more than just a change in rhetoric – it must mean action – such as suspending arms deals with the Saudi regime and going to the UN for a mediated solution to end the war.

If we truly want to be seen as ‘Global Britain’ then we must take up a real leading role in defending human rights within the international community; we owe it to Jamal Khashoggi and the millions of other victims of abuse and tyranny around the world.