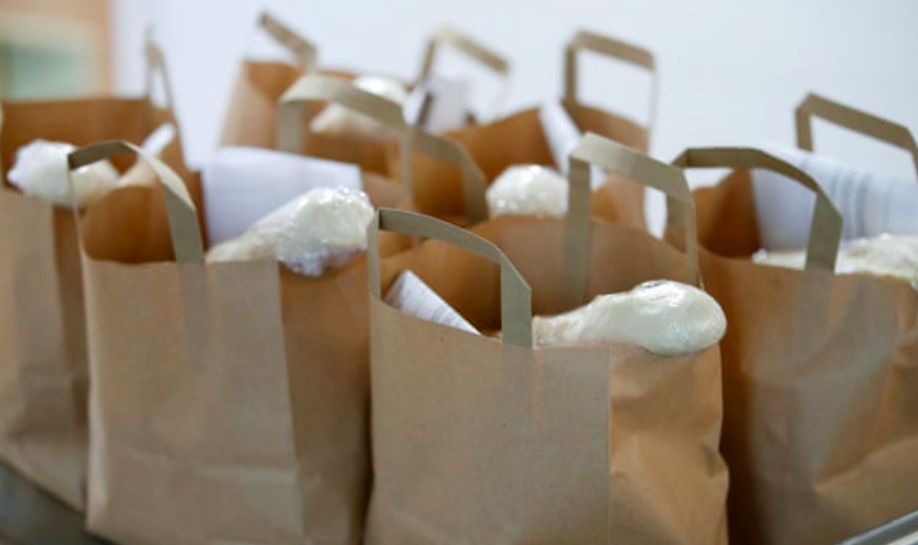 The first part of the National Food Strategy (NFS), commissioned by this Government, was published at the end of July, making several recommendations on behalf of young people in England. Among them, it pledged to “ensure a generation of our most disadvantaged children do not get left behind”: a promising suggestion that they might be beginning to take the historic levels of child poverty in this country seriously.

The recommendations of the report also included expanding the eligibility for the Free School Meals (FSM) to all children up to the age of 16 who have parent or guardian in receipt of Universal Credit, meaning 1.5 million more young people receiving FSM. It also included a recommendation to extend the Holiday Activity and Food Programme to all areas in England, which would have ensured disadvantaged children had access to holiday activities, school breakfasts and meals throughout the school holidays.

Yet, rewind to a month earlier, and Boris Johnson was insisting that despite an unprecedented national health crisis raging and heightened reports of food insecurity, they would not be providing school children with free school meals during the school holidays. It took a 23-year-old footballer to highlight their callousness for them to finally relent and agree to provide children with food throughout the school holidays.

This was all in a context of rising food insecurity in England. In the summer holidays of 2018 alone, the Trussell Trust sent out 87,496 food parcels to children in the UK – a 20 per cent rise on the year before. All this was before the pandemic hit, which has caused a meteoric rise in the levels of poverty and hardship in the UK. Currently, nearly one in five UK children under 15 lives in a home where the parents cannot afford to put food on the table.

Despite this, and their own Government report stressing the importance of extending FSM eligibility, as well as providing it in the holidays, five months later the Government dug their heels in again, refusing to provide free school meals to children during the Christmas holidays. Finally, they relented, but again it took a young footballer and pressure from the Labour Party for the Government to realise that allowing children to starve at Christmas was unacceptable.

This time the struggle to get Boris Johnson’s team to do the right thing turned even uglier, with Conservative MPs making accusatory claims about the families in need of support. The Conservative MP for Mansfield tweeted that he had voted against providing FSM during the holidays as it was just “£20 cash direct to a crack den and a brothel”. Suggesting that FSM vouchers in the summer had been used by struggling families for nefarious purposes, rather than to simply feed their starving kids. Ben Bradley’s confected claims about the use of these vouchers and the whipped-up aversion to providing young people with even one basic meal a day had led us to the latest horrifying debacle in this Government’s FSM failures.

After closing the schools, children who usually receive FSM have had to instead rely on food parcels, in place of the vouchers they received during the previous school holidays. Rather than simply providing eligible families with the vouchers or money to spend on a week’s worth of lunches catered to their children’s dietary requirements, the Government opted instead to outsource the delivery of free school meals to private companies. However, after a mother tweeted a picture of her FSM food package, that claimed to be worth £30, of which the value was in fact nearer to £5, it looks like this Government once again chose lining their friends pockets over doing the decent thing.

Food parcels meant to last ten days, sent to families who cannot afford to put food on the table and who are struggling through unprecedented hardship, worsened by a severe national health crisis, barely contained enough food for three days. Furthermore, the food they contained was of dubious nutritional value and was not catered to the individual’s dietary requirement, despite the long- understood importance of nutrition in academic development. The initial food package in question came from from Chartwells, a subsidiary of Compass Group, that was caught up in another FSM provision scandal last year.

It has since been disclosed that there were in fact several private suppliers who have provided sub-standard food parcels since the closure of schools last week. This is just not good enough, the UK is the sixth largest economy in the world. Our children are being left to starve, due to a mixture of callousness, incompetence and opportunism. The Right to Food must be enshrined in UK law to ensure vulnerable families and communities are not forced to suffer like this again. The country deserves better, and our children deserve better.

Please take a moment to sign this petition calling for access to food to be made a legal right.