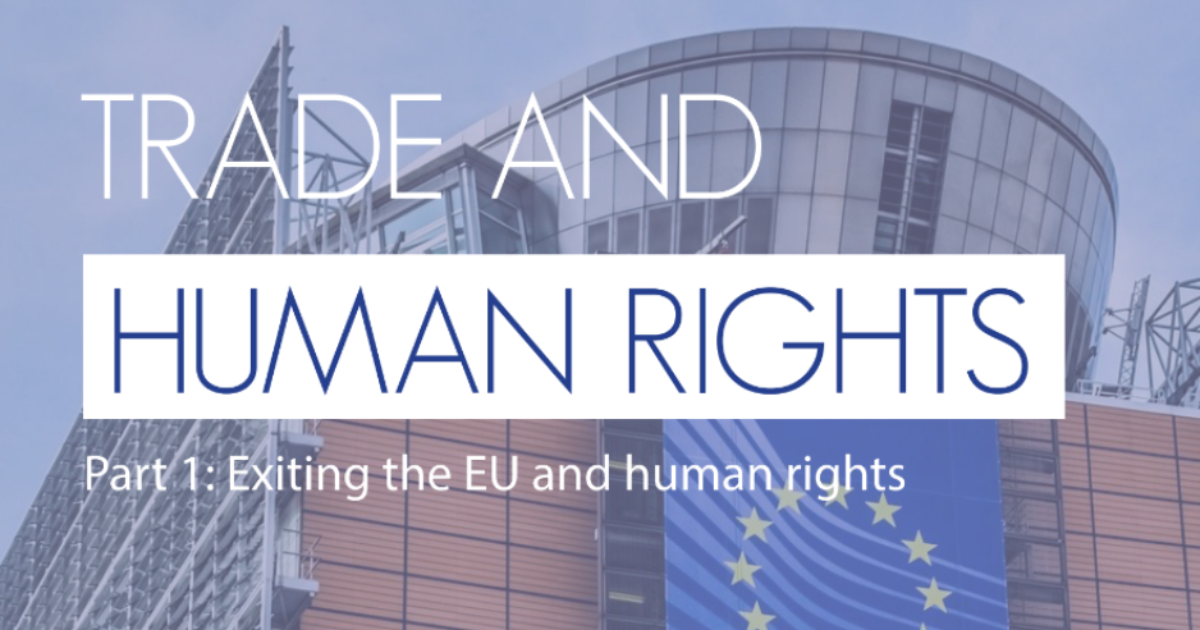 As part of our Britain and Her Allies campaign, LCHR is publishing a three-part series of briefings on trade and human rights - examining how to safeguard human rights in future trade deals as Britain leaves the EU. The first report, Exiting the EU and Human Rights, focuses on employment rights, environmental standards and the UK immigration system post-Brexit. The second report, Trade Deals and Human Rights, focuses ​on how the UK can use legal mechanisms in trade deals to improve human rights conditions around the world, and set the gold standard for human rights conditionality in trade deals.