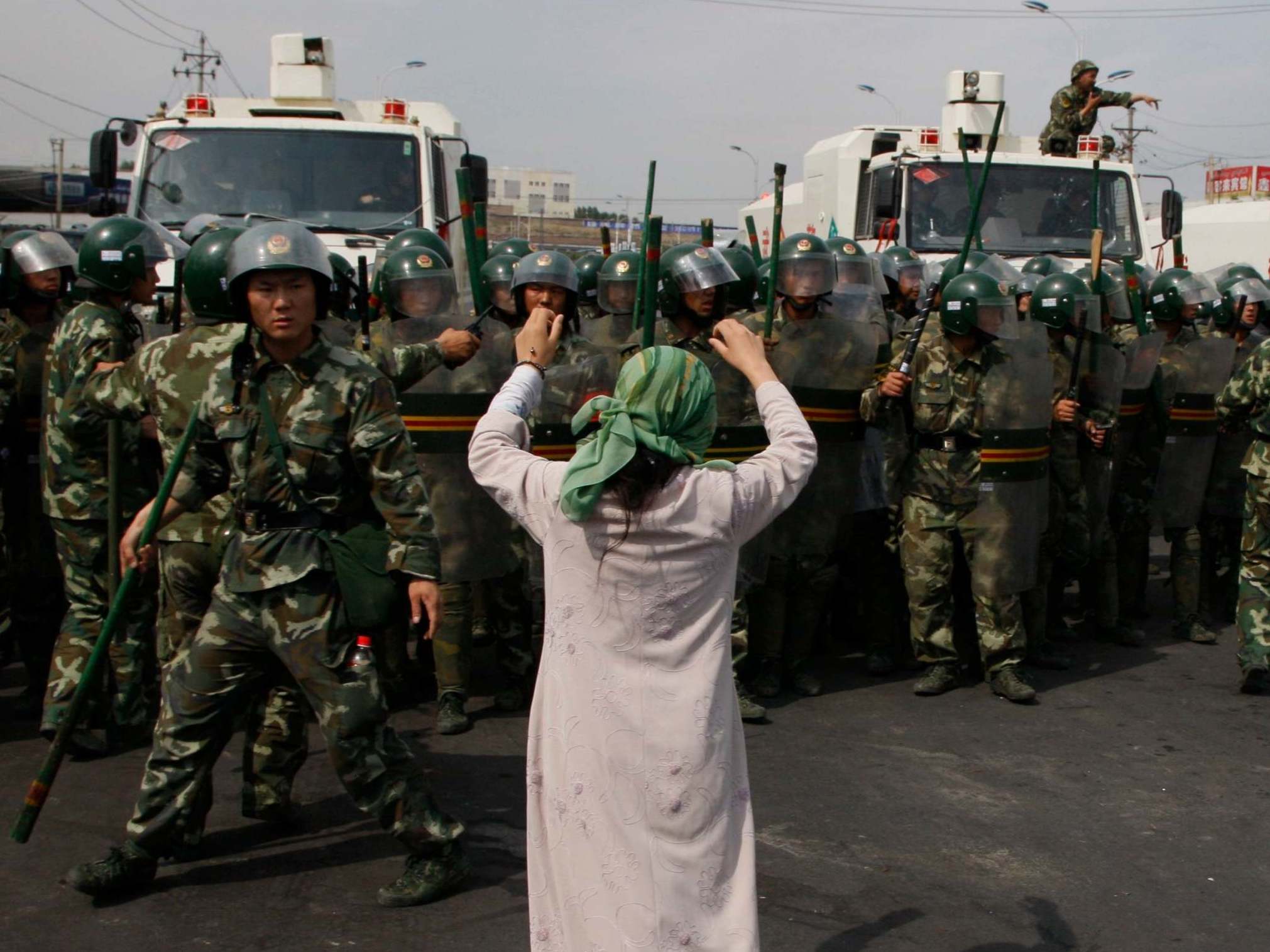 The coronavirus pandemic has laid bare the shortcomings of the capitalist and institutionally racist systems that govern our world, but its precedence in the media has drawn attention away from human rights abuses that continue to take place. Worse still, the global lockdowns caused by the public health crisis have been relentlessly exploited by various political actors as a means to curb human rights such as freedom of speech, expression and movement.

One of the most obvious and disturbing illustrations of this is China’s national security law (NSL) that has been implemented in Hong Kong. The NSL is the nail in the coffin for Hong Kong, which previously enjoyed autonomy and freedom from mainland China, and it will target “subversion, succession, terrorism and foreign interference.” By criminalizing broad, vague offenses that include criticism of the government and peaceful protests, China aims to fully absorb Hong Kong into the mainland’s system of political repression.

Amidst international friction over China’s mishandling of the coronavirus outbreak as the first epicenter of the pandemic, there is increasing concern over the political crackdown in Hong Kong, which has witnessed protests for the past year and rapidly become the nucleus of the struggle for freedom, democracy and human rights in China.

Yet while Hong Kong has rightfully gained media attention and continues to struggle for its freedom, the Chinese government has pressed on with its “mass arbitrary detention, torture, and mistreatment” of Uighur Muslims. Since August 2016, this repression has culminated in the detention of over 1 million Uighurs, a humanitarian catastrophe of monumental proportions.

The Uighurs are a community of some 11 million Turkic Muslims living in China’s Xinjiang Uighur Autonomous Region (XUAR). Despite the name, Uighurs are awarded little autonomy and have been targeted by the Chinese government since 1949, following the incorporation of East Turkestan into mainland China. As a communist state, China views social groups that have ethnic or religious differences as ethno-nationalist threats.

In a country with a majority Han population, this has resulted in repeated attempts to pacify and assimilate communities such as the Uighurs, who are ethnically and culturally more closer to Central Asian nations and identify religiously as Muslim. It is only recently that the persecution of Uighurs has been brought to the attention of the international community, largely due to China’s undeniable geopolitical importance and the fact that outside media are banned from reporting on Xinjiang.

In spite of the Chinese government’s efforts to suppress information, the work of organizations like the World Uyghur Congress and the Uyghur Solidarity Campaign have brought the crisis to the forefront of the discussion on human rights, with various countries and political actors condemning China’s actions. In an apparent U-turn from his previous encouragement of detention camps for Uighurs, US President Donald Trump signed into law the Uighur Human Rights Policy Act on June 17, calling for sanctions on the Chinese officials responsible.

In the United Kingdom, Shadow Foreign Secretary Lisa Nandy said in May that China’s behavior “should give us cause for concern.” Meanwhile, the shadow secretary for Asia and the Pacific, Stephen Kinnock, classed former Prime Minister David Cameron’s golden era of engagement with China as “an abject failure.” The Labour Party’s general stance on China has also hardened significantly, while the recent launch of the China Research Group by a number of Conservative MPs makes it clear that there is little debate on China’s abhorrent human rights record among British politicians.

The fact that even Conservative MPs have begun to openly condemn China’s actions should further encourage Labour Party action, as this opens up the possibility of cross-party talks and increases the potential for meaningful and government-sanctioned measures. The current media scrutiny on China due to the spread of COVID-19 — the disease caused by the novel coronavirus — also provides an opportunity to further draw attention to this ongoing humanitarian crisis. Now more than ever, the Conservative-led government in the UK must ensure that safeguarding human rights remains a priority.

Since May 2014, the Chinese government has implemented the “Strike Hard Campaign Against Violent Terrorism” in Xinjiang, depriving Uighur Muslims of their most fundamental human rights. The ascension of Party Secretary Chen Quanquo as leader of Xinjiang in 2016 has resulted in increasingly despotic measures. Practicing Islam has essentially been forbidden. Authorities confiscate religious paraphernalia, including copies of the Quran and prayer mats, while “abnormally long” beards and Muslim veils are banned, at the risk of inciting “religious fanaticism.”

The government has also taken to closing, converting and demolishing mosques. The Keriya Aitika Mosque in Xinjiang, a major historical and cultural site protected at the national level, was destroyed sometime in early 2018. Xinjiang has also witnessed the emergence of a surveillance state, as QR codes have been displayed on the front of Uighur homes, in order to readily access personal details and monitor those living inside. Former residents have claimed that they are forced to take biometric tests and spy on their neighbors.

Some Uighur Muslims have had their passports confiscated, while many who live abroad, including university students, are subject to extradition and internment. Freedom of movement has been curtailed, as residents of Xinjiang must apply for permission to leave their local area, whether to visit family or even for medical purposes.

The most alarming development in the crackdown on Uighurs has been the institution of concentration camps. The government has continued to evade responsibility, with Chinese Foreign Minister Wang Yi describing reports of the camps and the detention of over 1 million Uighur Muslims as “fake news” in February. Where the presence of camps has been acknowledged, they are portrayed merely as vocational training centers. In these camps, Uighur prisoners are forced to learn Mandarin, swear loyalty to Chinese President Xi Jinping and renounce their religion. An official Chinese Communist Youth League recording, obtained by Radio Free Asia, details the chilling aims of “re-education hospitals” used to “cleanse the virus from their brain and restore their normal mind.” Resistance, or failing a “lesson,” is punishable by solitary confinement, starvation or being forced to stand for 24-hour periods, among other methods of physical and psychological torture, including sexual assault.

A report by AFP mentions that guards are equipped with “tear gas, Tasers, stun guns and spiked clubs” to keep order, while a former inmate claims that he was forced to drink alcohol and eat pork while incarcerated, both of which are prohibited in Islam. A recent report by Deutsche Welle has uncovered that those detained are retroactively made to “choose” the crimes for which they have been imprisoned from a list of 70 acts, which includes traveling, contacting people abroad, praying or wearing a headscarf. After picking their crime, detainees are forced to face a sham trial in which they have no legal representation and are “convicted without evidence or due process of any kind.”

Such overwhelming evidence doubtlessly implicates the Chinese government in a draconian campaign of cultural cleansing and human rights abuses of monumental proportions.

A chilling development was recently reported by the Australian Strategic Policy Institute, which revealed that hundreds of thousands of Uighur Muslims previously held in detention centers were now being transferred to factories across the country. Through forced Uighur labor, China is producing cotton and other products for various well-known companies, including Apple, Dell, Nike and H&M, according to the report. Around 84 percent of China’s cotton is produced in Xinjiang.

With media access even more fraught due to the coronavirus pandemic, developments with the Uighur crisis have been increasingly difficult to trace. International support groups have urged the World Health Organization to send a fact-finding mission to the camps amid fears that unsanitary conditions are leading to unreported cases of COVID-19. It is evident, however, that the Chinese government shows no signs of accepting responsibility, let alone ending its relentless persecution of the Uighur Muslim population. Moreover, with the global recession caused by coronavirus lockdowns, China has seemingly transformed its insidious campaign of persecution into one that generates economic gains through forced labor.

As the most populous country in the world, a principal geopolitical actor and one of the five permanent members of the UN Security Council, China must be held accountable for its flagrant and unapologetic violations of human rights. We must not allow the COVID-19 pandemic to drown out the voices of China’s Uighur Muslim population.

With the United States now likely to impose sanctions, the UK has a duty — and a prime opportunity — to take action. Now is the time to raise awareness and initiate cross-party dialogue to take strong, united measures to safeguard human rights. Now is the time to sanction global companies and ban Chinese cotton imports that have been produced with forced Uighur labor. Now is the time for the UK to uphold its pledge to the Universal Declaration of Human Rights and bring about a swift end to “the largest mass incarceration of a minority population in the world today.”